It was an unusually cold Winter day in Durham, North Carolina, USA—a great morning for an Americano at the small downtown coffee shop.

Lauschen buzzed over to a table where two men sat, two of only three patrons present in the locally owned business. Lauschen, ever atop biblical studies’ prominent personalities, recognized Dr. Berühmtheit as an established text-critical scholar-turned-popular author. It was this scholar who had arranged the meeting with the other man, a scholarly colleague, Dr. Bright, to discuss plans to begin blogging. Bright had started a blog some years before and so considered the invitation by Berühmtheit to discuss the matter a compliment.

“I’ve set out to begin a blog,” said Berühmtheit. “Its name will be F.B.I., that is For Berühmtheit’s Ideals.”

“Wonderful!” exclaimed Bright. “My own experience suggests that blogging is a worthwhile endeavor. Time consuming, yes, but a real avenue for dialogue among colleagues and students. Have you had a chance to spend much time on my blog?’

“Of course,” Berühmtheit reassured his friend. “But I have something a bit different in mind!”

“You see, I plan to offer for free only a small number of the features most people are looking for when they visit a blog. You know, just enough to spark a bit of interest. But further details of what I think about a particular topic . . . for this one must pay.”

Lauschen, now perched on a low hanging light just above the table, let out a faint gasp. 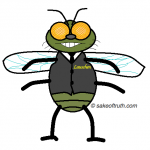 The men became silent for an awkward moment or two. Lauschen watched the surprised Dr. Bright search for something to say.

“No, no, no!” answered Berühmtheit. “At least not my salary. All the income generated by subscribers to my blog will be given to charity. Yes, that’s right—charities which help the poor, homeless, and needy! Not one penny, not a single cent, will go into my pocket!”

“Yes. You see, income generated from my subscribers will support my favorite charities. Two of them help the needy here in Durham and other parts of North Carolina. Two others are global in scope. Look here,” Berühmtheit said, pulling up his blog on his smart phone screen to show his friend.

“Oh yes, right on your front page—a picture of two needy looking girls. Are they from Durham?” asked Bright.

“Well, I don’t think they are. I’ll have to ask the guy who puts up the pictures. The main point anyway isn’t where they’re from, but that they depict the needy around the world. That’s the main point of my blog—to raise money for the needy!”

Lauschen pulled out his own smart phone—yes, his small insect-sized smart phone. He quickly performed a google image search and found the needy girls were actually from India—the photo apparently had been taken by a traveller and shared on the web. Lauschen noticed another picture of needy people, this one on the “philanthropy” page of the blog. A quick google search yielded the discovery that this picture was an AP image reflecting Bangledeshi poor people. Nevermind where the pictures came from, thought Lauschen, it’s still a good cause.

“A wonderful cause, for sure,” agreed Bright, his eyebrows furrowing. “Dr. Berühmtheit, I’m sure you’ve given this a lot of thought, but might I suggest monetizing your blog with tasteful advertising and using any income produced to give to your select charities? You could then compel people to give to these charities in your free yet complete posts—giving which would be done without incentive of receiving something back such as fuller and more detailed expositions of your thoughts and ideas.”

There was another moment of awkward silence. Bright tried to smile, as if to reinforce that he had the best interest of his colleague in mind.

Berühmtheit quite seriously responded, “Dr. Bright, I appreciate your kind suggestion, but since the purpose of my blog is to raise funds for charities, I feel that charging for the content is completely appropriate. I do hope people donate their money on their own, but this gives them incentive to do so. And did I mentioned that I will not benefit from this in any way?—I won’t pocket a single dime from this venture.”

“I’m only saying that this just isn’t typical of blogs, even those of scholars in our field. It’s somewhat unblogish, if you will, but perhaps you’re right; perhaps it will fly. I really hope it does.” Bright felt the tension resolve a bit. He proceeded, “So what do you plan to write about?”

“In large part I will respond to my critics and discuss the arguments my debate opponents have made. For example, I’m working on a response to a recent critic of a book—this one’s no Christian at all, mind you; he’s attacking from the other side—so I’ll offer one post for free, but then reserve a couple more for those who subscribe.”

“What happens should your critic want to respond to your answers?”

“Well, I suppose he must give to charity to get the last word,” a smiling Berühmtheit said. 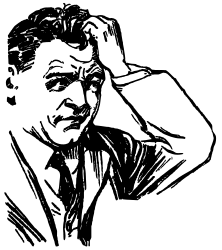 At this Dr. Bright resigned himself to say no more though he quite strongly believed his colleague would be more successful both helping the needy and starting a blog if he were to take a different approach.

Lauschen sensed the conversation winding down and thought it time to move on to his next eavesdropping adventure.

As the one aforementioned patron was leaving, Lauschen took the opportunity to fly out the door, the cold air stinging his hexapod body. He reflected on the conversation as he approached a favorable altitude for flying . . . eight feet. Not one penny? Not a single cent? thought Lauschen, swerving a bit as he glanced at Berühmtheit’s blog on his smart phone once more. Berühmtheit is all over this site—advertisements for his books are everywhere. Most of the images on his front page serve his brand. What about the pennies that come in from this? Should I trust these pennies go to charity? Perhaps I should.

← Five Reasons I Subscribe to ___________ and you should, too.
The Church, Academy, and Calling: Interviews with Scholars and Pastors →