I begin with the series introduction:

I recently shared about my decision to leave one PhD program for another. On my road which lead to taking up studies at the University of Edinburgh, I pulled over from time to time to reflect on significant questions surrounding the relationship between the Church, the Academy, and my own sense of ‘calling’. I’ve learned that many scholars and ministers have reflected on the same questions in early stages of their careers, and in fact, continue to believe answering these questions is an important task. Though I’ve come to some tentative conclusions about these matters, I wanted to run some representative questions by a handful of scholars, pastors, or “scholar-pastors.” I’ve already benefited greatly from the answers I’ve received, and I trust that many of you will, as well. I’m sure you’ll recognize many of the names, though it would be a fine thing if I introduce a few of them to a few of you. 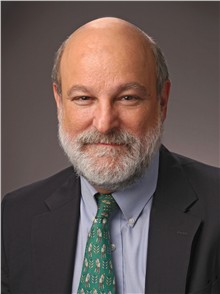 Today’s interview is with Darrell Bock, Research Professor of New Testament Studies at Dallas Theological Seminary. He earned his B.A. from theUniversity of Texas, 1975, his Th.M. from Dallas Theological Seminary, 1979, his Ph.D. from the University of Aberdeen, 1983, and he’s done postdoctoral study at Tübingen University. I first came to know of Bock’s work when I studied under a couple of professors who had themselves been at DTS in the ’90s. His work in Luke-Acts, Historical Jesus studies, and Jewish backgrounds have also been part of my own reading (My thesis deals with Luke and Acts). Bock also has a blog over at bible.org. Thanks, Darrell, for taking some time to answer these important questions.

Since I work in the New Testament and especially the gospels, there is a close relationship between what I teach at Seminary and what I speak on in the local church. This involves not only the work in the gospels, but some apologetics work dealing with the more radical things people hear on TV or read in books.

I was encouraged to do academic work while in Seminary. It interested me and I had professors who said I could do it.

I have worked in the areas I have felt led to focus on. All choices were reinforced as I went along. My role has been to seek to do my studies and seek to serve the church.

Those who work in academics need to be better communicators to lay people and the church needs to encourage being serious about study of Scripture beyond personal needs. Behind that stands how we approach Scripture and what we think about what it teaches.

← Deissman's Light from the Ancient Near East on sale $5.99
The Church, Academy, and Calling: Interview with Andreas Köstenberger →

3 Responses to The Church, Academy, and Calling: Interview with Darrell Bock