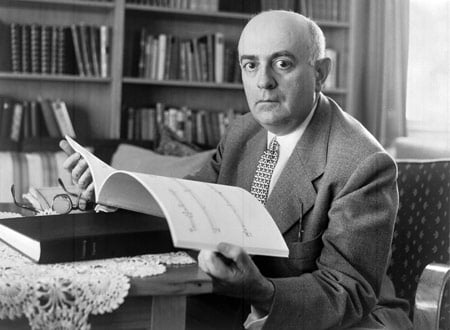 A first precaution for writers: in every text, every piece, every paragraph to check whether the central motif stands out clearly enough. Anyone wishing to express something is so carried away by it that he ceases to reflect on it. Too close to his intention, ‘in his thoughts’, he forgets to say what he wants to say.

No improvement is too small or tribal to be worthwhile. Of a hundred alterations each may seem trifling or pedantic by itself; together they can raise the text to a new level.

One should never begrudge deletions. The length of a work is irrelevant, and the fear that not enough is on paper, childish. Nothing should be thought worthy to exist simply because it exists, has been written down. When several sentences seem like variations on the same idea, they often only represent different attempts to grasp something the author has not yet mastered. Then the best formulation should be chosen and developed further. It is part of the technique of writing to be able to discard ideas, even fertile ones, if the construction demands it. Their richness and vigor will benefit other ideas at present repressed. Just as, at table, one ought not eat the last crumbs, drink the lees. Otherwise, one is suspected of poverty.

…In his text, the writer sets up house. Just as he trundles papers, books, pencils, documents untidily from room to room, he creates the same disorder in his thoughts. They become pieces of furniture that he sinks into, content or irritable. He strokes them affectionately, wears them out, mixes them up, re-arranges, ruins them. For a man who longer has a homeland, writing becomes a place to live. In it he inevitably produces, as his family once did, refuse and lumber. But now he lacks a store-room, and it is hard in any case to part from left-overs. So he pushes them along in front of him, in danger finally of filling his pages with them. The demand that one harden oneself against self-pity implies the technical necessity to counter any slackening of intellectual tension with the utmost alertness, and to eliminate anything that has begun to encrust the word or to drift along idly, which may at an earlier stage have served, as gossip, to generate the warm atmosphere conducive to growth, but is now left behind, flat and stale. In the end, the writer is not even allowed to live in his writing.