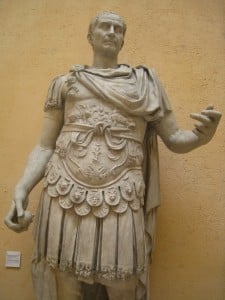 Mike Fox and I had a discussion about related matters in the comments section following my post on Slavery in the Roman Empire (you can read more there). I noted what I see as one factor in a church’s role in national and civil issues: the disposition of the government toward the church. If local churches in a particular place are persecuted, I find Peter’s words especially applicable. He does not suggest that leaders cry against the Empire from the pulpit, but rather that they submit, continue in faithful obedience, and continue to give Gospel-witness. As mentioned before, submission is not the equivalent of condoning the abuse of the Empire. Rather, Peter presents a paradigm: Gospel-witness is more important than self-preservation.

I also think it’s important to note that New Testament commands regarding civil submission do not prohibit the condemnation of abuse. In light of biblical teaching regarding justice (even civil justice) I think the church has a responsibility to call sin what it is (as always). Believers should condemn the abusive acts of regimes, even when they are our own. Even so, I think New Testament teaching as a whole suggests that the priority of the church in relation to the world is one of evangelism, not political activism. Notice that when the apostles stood before civil authorities, the Gospel message was the focus (see Acts 26:1-32 for one example of MANY in the book of Acts).

Civil Submission and the U.S. Constitution

Note again the previous discussion regarding the meaning of “every human institution” (πάσῃ ἀνθρωπίνῃ κτίσει) in 1 Peter 2:13. The phrase refers to the creation of a civil authority. Peter proceeds to give two examples in the context of his readers: (1) The Roman emperor; and (2) Roman provincial governors (1 Pet. 2:13-14). Considering this in the context of the United States, I wonder whether or not the United States Constitution falls under the category of “every human institution.” I am beginning to think it does.

The reason this is so important is because submission in the American context may actually obligate the citizen to be involved. The constitution begins: “We the People of the United States.” It declares the United States to be a republic, a form of government in which the power lies in the hands of the people. Thus, responsible citizens participate, vote, and stay informed. This is quite different from pacifist perspectives which also are defended based on New Testament teaching. What are your thoughts?

In any contemporary situation, we must not forget the ultimate goal of submission in the context of 1 Peter: Gospel-witness. So it is today. The Christian citizen of any nation is to be submissive for the sake of the Gospel, not for the sake of an agenda. This is crucial. God does not belong to a political party, nor is God a citizen of any nation. God is God and His Word stands as it is. The biblical priority for the church’s relationship with outsiders is that of evangelism. This isn’t to say that God is not concerned about justice. He is, and He has the means to bring it about: redemption and perfect justice through the Gospel of Jesus Christ.

← 11 Best Friends in 11 Weeks
Roman Imprisonment: The Humility of Chains →