After spending nearly two weeks visiting ancient Roman sites earlier this year, I was amazed at some of the advances changes in technology the Romans were making in the first and second centuries. One structure that was beginning to become more common was the public latrine. As the following picture reveals, such a structure could seat quite a few people.

You will notice a few features in the picture above: 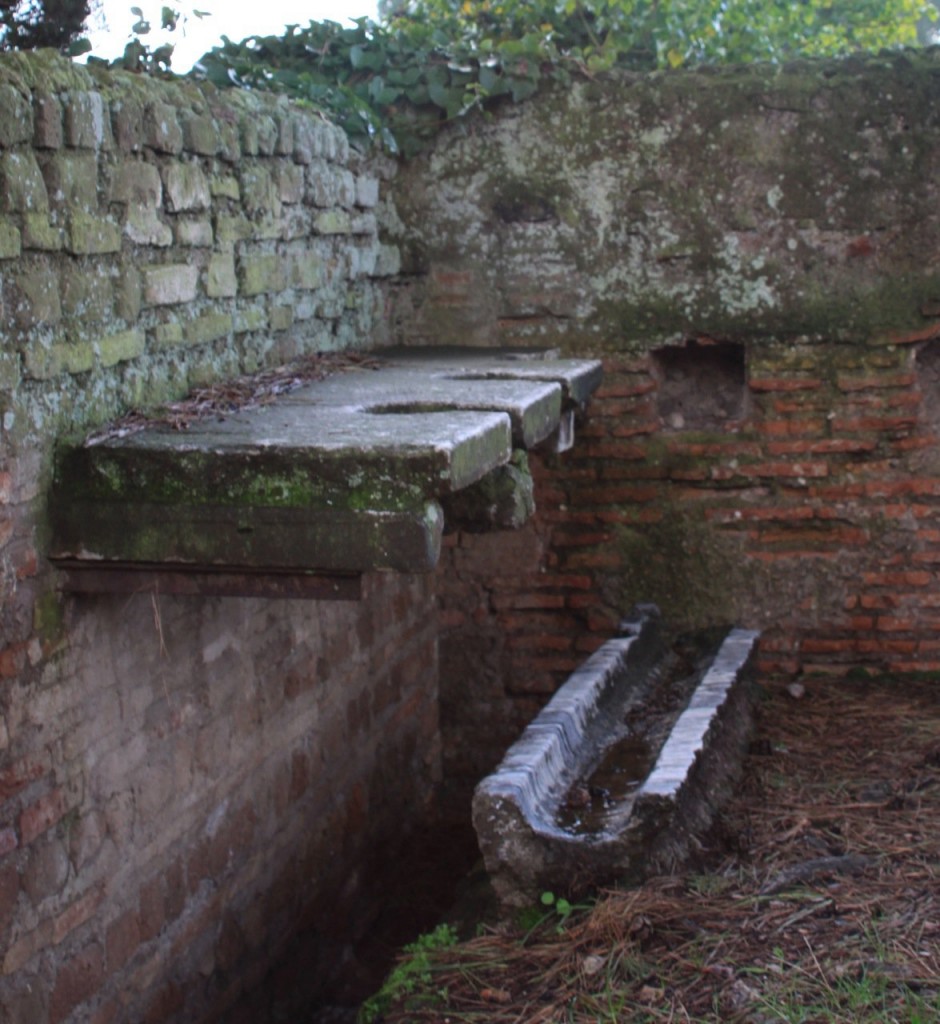 Notice the small trench in front of the seat. One expert on the subject (yes, really!) is classicist Ann Olga Koloski-Ostrow. She (among others) suggests the following purpose for the trench:

Many Roman public toilets, especially the later and more luxurious ones, are equipped with a small trench cut at the foot of the toilet bench. Although the purpose of this trench is still debated, I believe it was used for washing off a sponge that was tied to the end of a short stick and used as toilet paper.*

Well, at least the ‘toilet paper’ received a washing before the next person used it!

…We have come to realize how much Roman toilets can teach us. Not only do they embody ideas and attitudes concerning cleanliness, physical health, beauty and privacy, but they also provide essential data about diet and disease.Indeed, the lowly toilet has a much more complex story to tell—that is, one more intimately bound up with daily life—than the most elegant temple or civic building.*

Beyond this, such study of ancient daily life helps us paint an accurate picture of the world in which (and in part, to which) the New Testament was written.