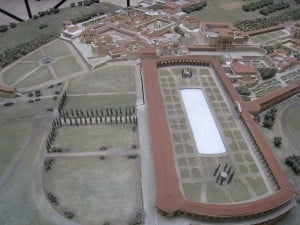 The first post in this series is still one week away, but I thought a brief introduction would be fitting.

When studying any New Testament book, it is essential to bear in mind that each book was written in the historical context of first century Roman rule. For example, even a book like the Gospel of Matthew, though having a setting in Palestine and presenting a very Jewish perspective, is full of Roman culture. Its influence was pervasive in the first century. The Roman method of governing ‘conquered’ territory allowed for maximum Romanization while minimizing the potential for subsequent rebellion. There is no doubt that these cultural influences can be seen in the words, subjects, and metaphors employed by New Testament authors.

The significance of Roman backgrounds may seem obvious to many readers, but I would suggest that many who may agree with what I have stated above do not invest much time in the study of these important historical matters (especially with regard to primary sources). I hope to highlight the significance of Roman backgrounds throughout this series, especially as they apply to New Testament studies.

← Communicating Truth: Should I Jump on the Social Media Bandwagon? (5 of 5)
Personal Blog →