(An abridgment of a former series…) 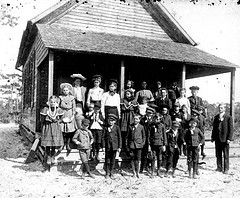 The subject invoked by the phrase ‘future of biblical scholarship’ in the subtitle is one that fascinates me. Perhaps it is because those interested in biblical studies have never lived in a world of technology like that of ours.

Some Things Will Never Change

Before suggesting potential changes in the future of biblical scholarship, I will suggest a few things that will should never change:

How will you be involved in the media world as it continues to make its advances? How can you utilize technology without falling prey to some of its pitfalls? How do you think media trends will affect the future of biblical scholarship?

Make a .com website today. Or read more about starting an academic blog.

← Keene on Zotero (a bibliographic citation program)
This Week in Blogdom →

2 Responses to 4. Media Trends and the Future of Biblical Scholarship